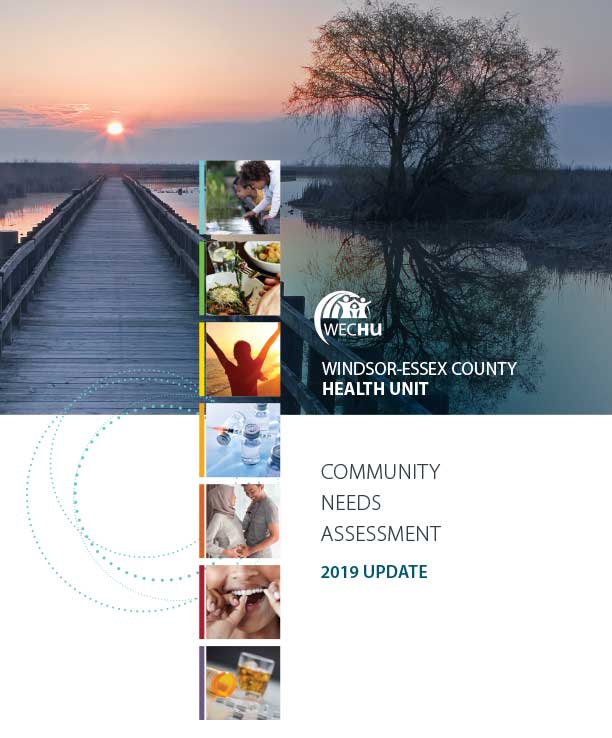 The 2019 Update primarily utilized data available from secondary sources and did not collect any information directly from the residents in Windsor and Essex County. A comprehensive CNA, such as the 2016 report, collected information from residents through community surveys and focus groups.

The purpose of this 2019 Update was to provide a report on the status of key health areas of concern and identify any new or emerging trends previously unidentified. Additionally, the 2019 Update will assist the WECHU and the community partners to review their programs and services, help to identify priorities and continue to build on the successful partnership and collaboration in addressing the health needs of the residents of Windsor and Essex County.

This 2019 Update provides a broad assessment of local health statistics and emerging trends within WEC. The findings highlight opportunities for the WECHU and its community partners in addressing and prioritizing the health needs of our community. Furthermore, this report also provides information on some of the disparities and health inequities found within WEC.

Give us feedback!
Printer-friendly version